Who said music had to be conventional? Music is an art of convention and structure, sure thang! But every so often a band will come along with their own ideas about how music should be played. Slum Party; the new club night from local legend Chris East brings unconventional bands and places them right in your face. The line up is a great one to kick off the night's reputation. With Pheromoans, Halo Halo and Blood Visions all tearing up the rule books in their own super ways, the night goes from strength to strength. The gig is like a bad party, in all the right ways. Blood Visions rip the stage apart with their sound that takes the loud/quiet technique and turns it up to eleven. This results in a new sound called loud/louder. Their usual drummer is absent, but Northampton based musician Matt King steps up and murders the drum kit. Playing their classic songs alongside some new numbers, Blood Visions maintain their reputation for enthusiasm, depth and high volume in their brand of alternative guitar music. If feels like each instrument is fighting for centre stage. The guitar jitters then lets loose on some grungy chord progressions while the bass rumbles like an angry mob. The drums pound along with heavy cymbal use as the lead singer gives it his all, succeeding in being heard above the exhilerating noise of four dudes rocking the fudge out. The audience are left to enjoy the rest of the gig without their faces. For they have been blown off by Blood Visions and their short but sweet set.
Halo Halo get up on stage armed with a banjo and a drum kit. What follows is a set that feels like a well calculated jam session with drum beats forever changing direction like a very windy day. But no one appears to be battling against the wind, trying to keep their fringe down. No! They are loving the tribal grooves that Halo Halo bash out, using their banjo and their drum kit proudly. Their sound is fun and free, changing and going where it wants. The set highlight comes in the form of a harmonica led tune that crops up near the end which finds the girl/boy duo harmonising with harmonicas! The eager beavers at the front of the crowd get into so much that they start coming up with synchronised dance routines. Halo Halo are brilliant brilliant. 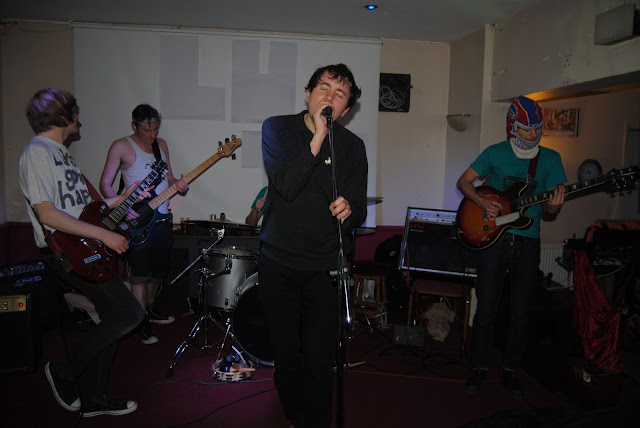 Pheromoans come on looking like a group of dudes who want to have some fun. And boom! They do. Of course they rock the socks off the Slum Party party dudes and dudettes at the same time. They very much have a sound of their own. Ramshackle guitars twang alongside the loose instrumentation while the lead singer half sings, half rants about inaudible things. It may not seem like it, but it's a winning formula. It makes you want to pogo up and down then shake your arms around like you just don't care. Random hand percussional instruments also get a good shaking every now and then, but its the lazy surf guitar riffs that lick your ears and make a good impression. They know what they are doing and the set lasts for the right amount of time. Slum Party proves itself to be a perfect capsule of strange yet free music. Bring on the next one! 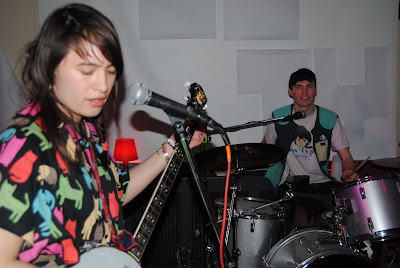 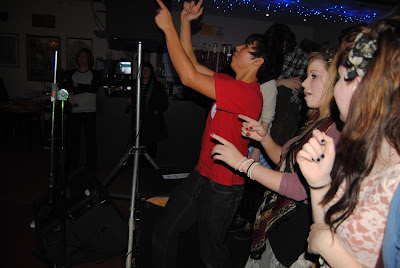 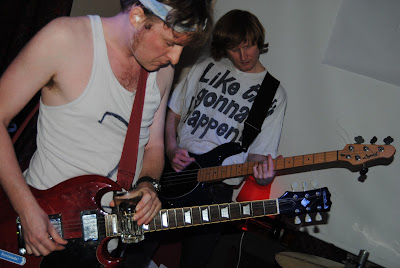 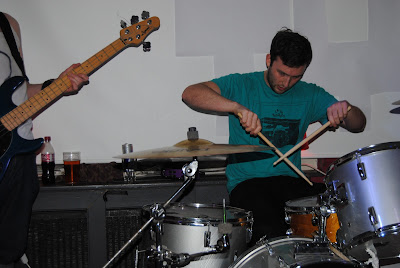 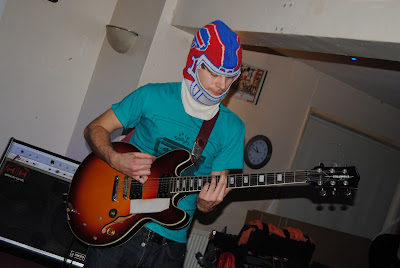 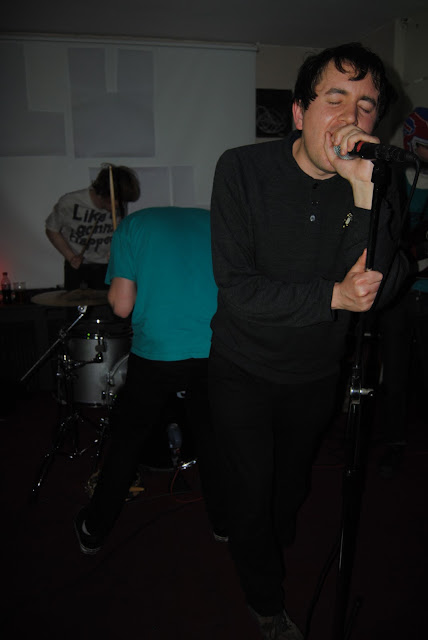 
GIG HIGHLIGHT: When Blood Visions bassist Marvin bashed his head in on the microphone.


BEST PERFORMED SONG OF THE NIGHT: "Robotic Son" By Pheromoans

Want more from these bands? Visit:

Power Chord aims to strike the right chord when it comes to music. Power Chord is powered by Champ Music.

Ravishing Record Review
This feature aims to give balanced and useful reviews of the latest exciting records from all different styles.

Finger On The Pulse
This feature aims to focus on the record labels who are doing it for themselves, doing it well and releasing the best new music.

Gig Swig
This feature aims to provide a descriptive and photographic account of the latest and most exciting gigs going.

Live Through The Lense
Pictures speak louder than words with this feature as it brings you the feel of the gig through 100% photos!

The Top Five
Making lists is fun. Read lots of top 5 nonsense and make your own top five and comment.

Power Behind The Pencil
This feature aims to bring bloggers up to date with the most relevant new artists involved in music.

Artist's Impression
We get the hottest artists and illustrators to draw the best new bands then we give you a thorough guide of the band.

In A Nutshell
Bands in a nutshell.

The People Of The Future On The Future Of Music
Does what it says on the tin. Get involved if you want!

Peepers On The Keepers
This little round up of the most relevant new bands kicking up a fuss will make sure that you keep your peepers on the keepers for the duration of the coming year.

"Love this guy's style. Re: Wizbit: 'If you fail to get into it, you are probably dead' Amen to that brother! Everybody go read..."
- BBC Weekender Introducing

"Mate this is so awesome. I used to listen to JlS and funeral party but now I am a changed and better man. All thanks to this musical bible." - Fred Parker

"Great reviews Jack! Your articles and photographs perfectly capture the feel of the gig to remind anyone who was there what the night was all about and your infectious enthusiasm for live music makes anyone who wasn't there wish that they had been. Eric Rivera sounds interesting, Retro Spankees are always great fun and I just must see Misty's Big Adventure next time around!" - Berney Parker

"God DAMN this is some fine stuff! A great readnting." - Joss Carter