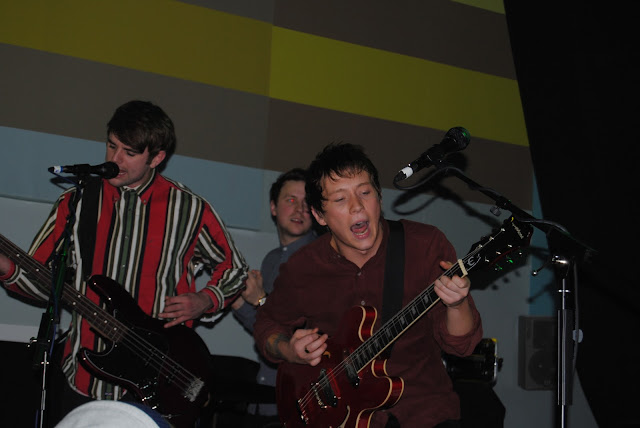 These guys are unleashing their back catalogue at the end of a grey February. But it's clear from the first confident "hello Cambridge" from Brother's lead singer Lee, that this set is destined to be screamed back at them from a massive summer festival crowd. The support bands do a good job of making rock'n'roll that so free from actual rock'n'roll it hurts, but they serve well to make Brother taste even more like a sweet breathe of fresh air. "New Years Day", "Darling Buds Of May" and set closer "Time Machine" have already made a name for themselves as stone cold classics. And with every "this is a new one" announcement, another classic feels like its being born into the world. Despite their self proclaimed "Gritpop" tag, Brother make almost pure pop songs. The verses have pep in their step, the chorus go from massive to massiver and there are "oohs" all over the shop. They sure now how to play them with attitude and swagger however, with main man Lee doing a good job of being a front man with his witty banter and connection with the crowd. The lead guitarist seems to be content on swaggering through the songs, giving the crowd his best bad attitude faces. The vibes from these two characters bouncing off each other makes for a great show. Harking back to a point made earlier, Brother beef up their sound with the addition of a feisty backing singer and a third guitarist/general instrumentation dude which makes them even more festival ready. Every chorus booms out of their songs, as if they are trying to break free and become a song of their own. But they don't just have the big songs and the looks to be a great band. They have an energy that runs through their sound that's an energy all of their own. Brother's songs are like a long lost brother: surprising, new, and yet instantly familiar. 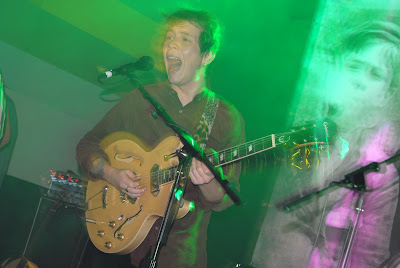 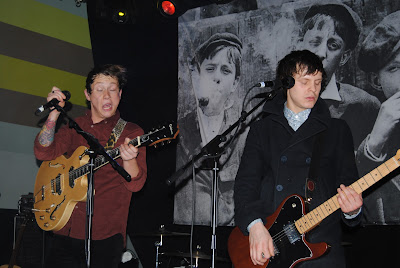 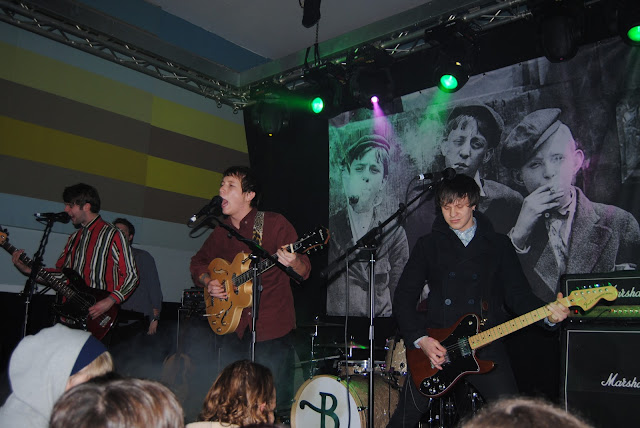 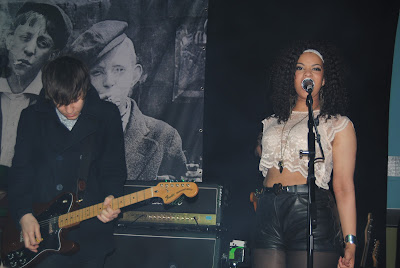 
GIG HIGHLIGHT: When all the uber fans went to see Brother who came out to do autographs on their merch.
BEST PERFORMED SONG OF THE NIGHT: "Time Machine" By Brother

Power Chord aims to strike the right chord when it comes to music. Power Chord is powered by Champ Music.

Ravishing Record Review
This feature aims to give balanced and useful reviews of the latest exciting records from all different styles.

Finger On The Pulse
This feature aims to focus on the record labels who are doing it for themselves, doing it well and releasing the best new music.

Gig Swig
This feature aims to provide a descriptive and photographic account of the latest and most exciting gigs going.

Live Through The Lense
Pictures speak louder than words with this feature as it brings you the feel of the gig through 100% photos!

The Top Five
Making lists is fun. Read lots of top 5 nonsense and make your own top five and comment.

Power Behind The Pencil
This feature aims to bring bloggers up to date with the most relevant new artists involved in music.

Artist's Impression
We get the hottest artists and illustrators to draw the best new bands then we give you a thorough guide of the band.

In A Nutshell
Bands in a nutshell.

The People Of The Future On The Future Of Music
Does what it says on the tin. Get involved if you want!

Peepers On The Keepers
This little round up of the most relevant new bands kicking up a fuss will make sure that you keep your peepers on the keepers for the duration of the coming year.

"Love this guy's style. Re: Wizbit: 'If you fail to get into it, you are probably dead' Amen to that brother! Everybody go read..."
- BBC Weekender Introducing

"Mate this is so awesome. I used to listen to JlS and funeral party but now I am a changed and better man. All thanks to this musical bible." - Fred Parker

"Great reviews Jack! Your articles and photographs perfectly capture the feel of the gig to remind anyone who was there what the night was all about and your infectious enthusiasm for live music makes anyone who wasn't there wish that they had been. Eric Rivera sounds interesting, Retro Spankees are always great fun and I just must see Misty's Big Adventure next time around!" - Berney Parker

"God DAMN this is some fine stuff! A great readnting." - Joss Carter